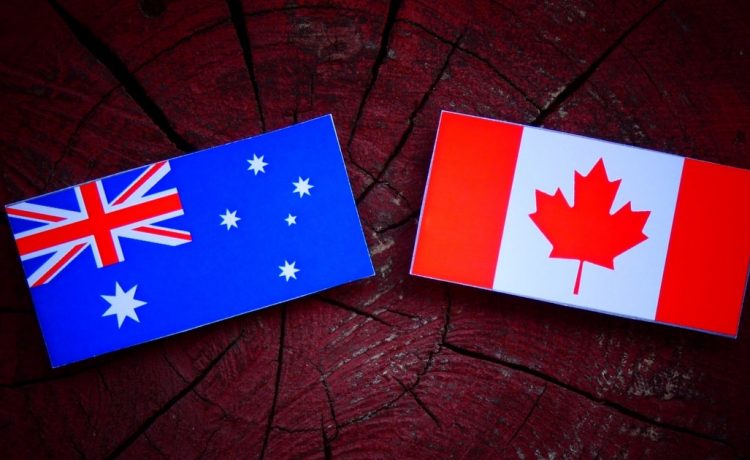 While the number of people who have moved to Australia in recent years has been steadily decreasing, a reverse trend has been observed in Canada. Given the statistical information on the working population in Australia and Canada, the Immigration Department undoubtedly plays a crucial role in the economic health of both countries.

To get a clear idea of ​​how immigration contributes not only to the country’s population but also to labour and economic development, let’s examine the impact of international students on the monetary security of the two countries.

Considering that the Canadian population is made up of 22% immigrants while Australia has 30% immigrants; It is fair to conclude that the economies of both countries have so far benefited from immigrants. That said, the past few years have seen that the two countries have different migration plans, a curve that in the past has set in for the coronavirus pandemic.

For more than three decades now, Canada has gradually increased its immigration target to support the constantly growing economy. Australia also began to accept more immigrants from the late 1990s, but the country has reduced its target in recent years.

While Canada spends more on managing its immigration, Australia reduces its number from 190,000 to 160,000 migrants per year until 2023.

In 2018/2019, migrants with temporary and permanent abilities represented 82% of the Canadian population. Over the same period, 62.5% of the Australian population growth came from permanent and temporary foreign residents.

In both countries, migrants provide the labour needed to stimulate economic growth. Without immigrants, both countries would have to find ways to make the small workforce more productive. From an economic point of view, migrants play a pivotal economic role in both countries. For example, the income they generate from the two governments helps support an ageing population.

Share on FacebookShare on TwitterShare on PinterestShare on VKontakte
tution360June 5, 2020
- Advertisement -

Moving to Canada, Top guide on how to immigrate to Canada from Saudi Arabia